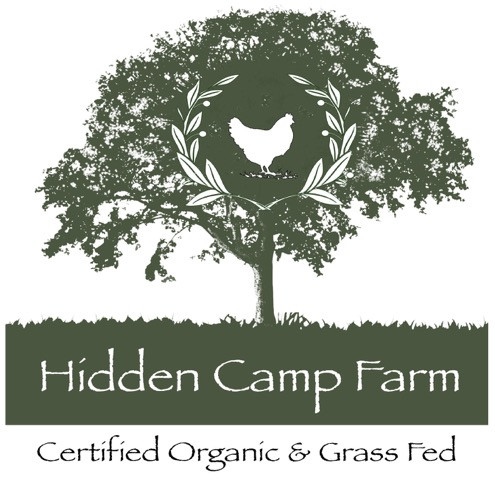 Many individuals have had an opportunity in recent years to visit Hidden Camp Farm, and perhaps meet John, Ruth or their children - admire the grazing Jersey cows, take home 100% grass-fed organic milk and soy free organic brown eggs, or collect their Thanksgiving turkey. Many others have not had that chance, especially in the last year during the pandemic. John and Ruth King recently participated in an interview to share some details about their family history and the beginnings of Hidden Camp Farm, to appear over the course of multiple blog posts. Read on, for the first installment...

John King was born on a dairy farm in Paradise, Pennsylvania becoming the third oldest child to an Amish family that would eventually include 8 other siblings. John’s father was operating a “conventional farm” on 75 acres, a place where John learned plenty about milk production and life on a working farm. Later in life, John determined that if he were to have a farm of his own one day; he would do it differently.

Conventional farming meant that the herd of Holstein cows were not always pastured. Another key difference between the way that farm was managed and how John farms today: crops like corn and alfalfa were grown, to provide feed for the cows - as a result, the cow’s diet did not strictly consist of grass. While producing those grains, occasionally pesticides were used - yet not at the levels many other farms would utilize. At Hidden Camp Farm, no grains are produced nor have any pesticides ever been used.

As a very young man, John was not certain that farming was going to be a fixture within his future. He became fond of hunting, fishing, and swimming when not preoccupied with farm chores. He also learned to weld while growing up on the farm, and that eventually pursued that as a full time profession. He began by working in a local welding shop, and later joined one of his brothers in their own business fabricating cow stalls.

Ruth Stoltzfus also grew up on a dairy farm, but in Parkesburg, Pennsylvania which is about 12 miles from Paradise. She was also the third oldest child, in an Amish family with 8 other siblings. Ruth enjoyed the surrounding wooded areas, as well as bird watching, in addition to often reading and researching a diverse number of topics. There were already similarities among the King and Stoltzfus families, but official bonds were formed when John’s older brother married Ruth’s older sister.

John and Ruth start their own family.

John and Ruth were married in 1997, and began living on a 2.5 acre plot next door to John’s family’s farm. Their house also had a small barn with only enough room for a horse or two, and a garden to provide produce for the family. Daniel was their first born child, followed by Fannie Mae and later came Linda. Both Ruth and Daniel have a sensitivity to allergies, conditions that were likely only aggravated by the pesticides being used on nearby farms. John and Ruth began to consider if change to their location would benefit their family's health.

Ruth also became interested in homeopathic treatments, and began utilizing natural supplements, essential oils, and therapeutic massage; in order to address ailments faced by her family or in their community. John and Ruth began to incorporate changes to their diets, with an emphasis on organic and naturally raised proteins and produce.

John and Ruth observed many changes to the Lancaster area since their upbringing. There were now many, if not a majority of farms in the surrounding area - that heavily utilized pesticides. There were far fewer plots of land available as increases in commercial and residential real estate development resulted in less open space; which in turn influenced an increase in freight traffic on their local roads.

John and Ruth had a desire for their children to experience life on a working farm, preferably one engaging in organic practices and utilizing surrounding pastures. Having nearby woods to explore and being further away from busy roads were also part of their dream.

Land around Lancaster that could be certified organic, was both difficult to find and quite expensive. Fortunately, John’s work repairing stalls afforded him the opportunity to visit Western Pennsylvania, Northern Pennsylvania, and New York State - in search of a suitable place to relocate the family. 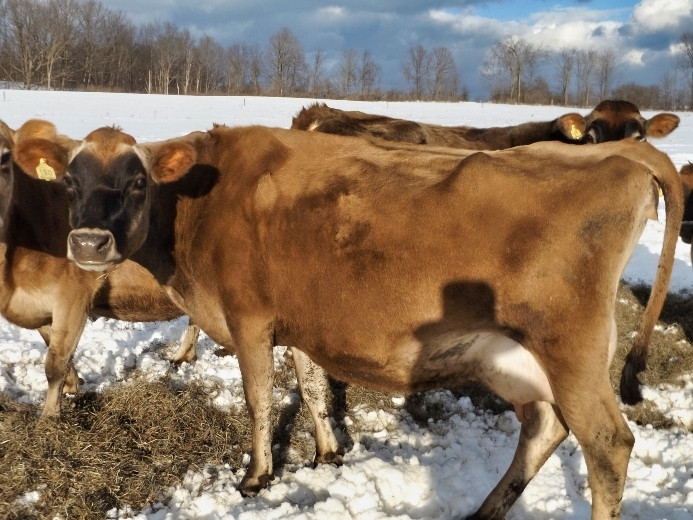 A change in scenery would bring them closer to their goals.

John knew about a group of others in the community that were going to begin a settlement in the Mohawk Valley region of New York State. John and Ruth were able to make a couple of visits to the area, in order to assess the available farms. They found a suitable plot in Canajoharie, New York with an option to rent for a couple of years. During the spring of 2007, the King family relocated from Pennsylvania to New York; bringing with them the herd of about 50 jersey heifers to begin their lives as full time farmers.

John was glad that there was a market for his organic milk and he established an agreement with Organic Valley to purchase his milk. While all of the milk the truck gathered from local farms was certified organic, there was no distinction between 100% grass-fed milk and the grain fed organic milk.

There were many valuable lessons learned in those first couple of years. Notably, the slightly shorter growing seasons in Central New York (compared to Lancaster, PA) and lengthier winters mean that additional hay must be made and stored, to sustain the herd throughout the winter. Also new, was learning to care for any sickness or injuries to the herd, while refraining from using antibiotics and understanding that providing pastures with a diverse amount of plants and herbs can help contribute to the wellness of the animal. One impactful philosophy stands out: if you would be hesitant to provide any potential mineral or supplement to a member of your family - why would you administer those things to the herd? The same things that may be harmful to humans may also be detrimental to the cows, and could still have negative effects when consumed via milk, butter, or other products.

The rental farm validated their hopes that the King Family would be able to call the Mohawk Valley home, and served as an excellent base for continuing to search for the dream farmland that they would make their own.

Please keep an eye out for more of this story, in a future blog post... 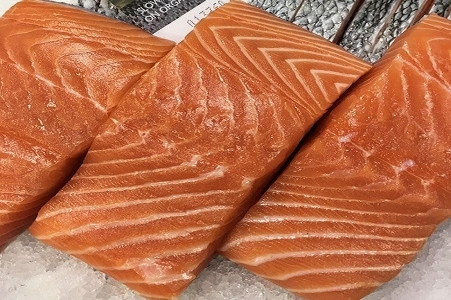 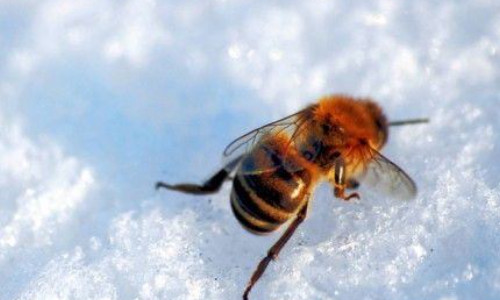 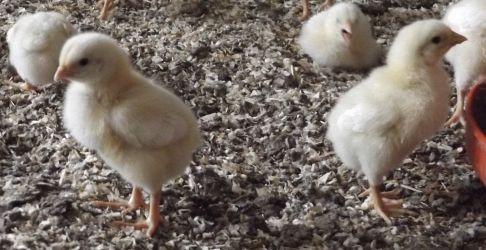